How I ended up here a year ago next month – living free in Costa Rica – really isn’t as important as how I’ll stay. Getting here was easy. All I had to do was say yes. Saying yes was easy too. But for most people, saying yes to anything other than the status quo is far from easy.

Luckily for me, I’ve never been quite like most people. I say that, but the fact is I’m just another stereotypical archetype and the epitome of the phrase “Made in the U.S.A.” Someday I’ll tell you all about that, but for now let’s concentrate on Costa Rica. 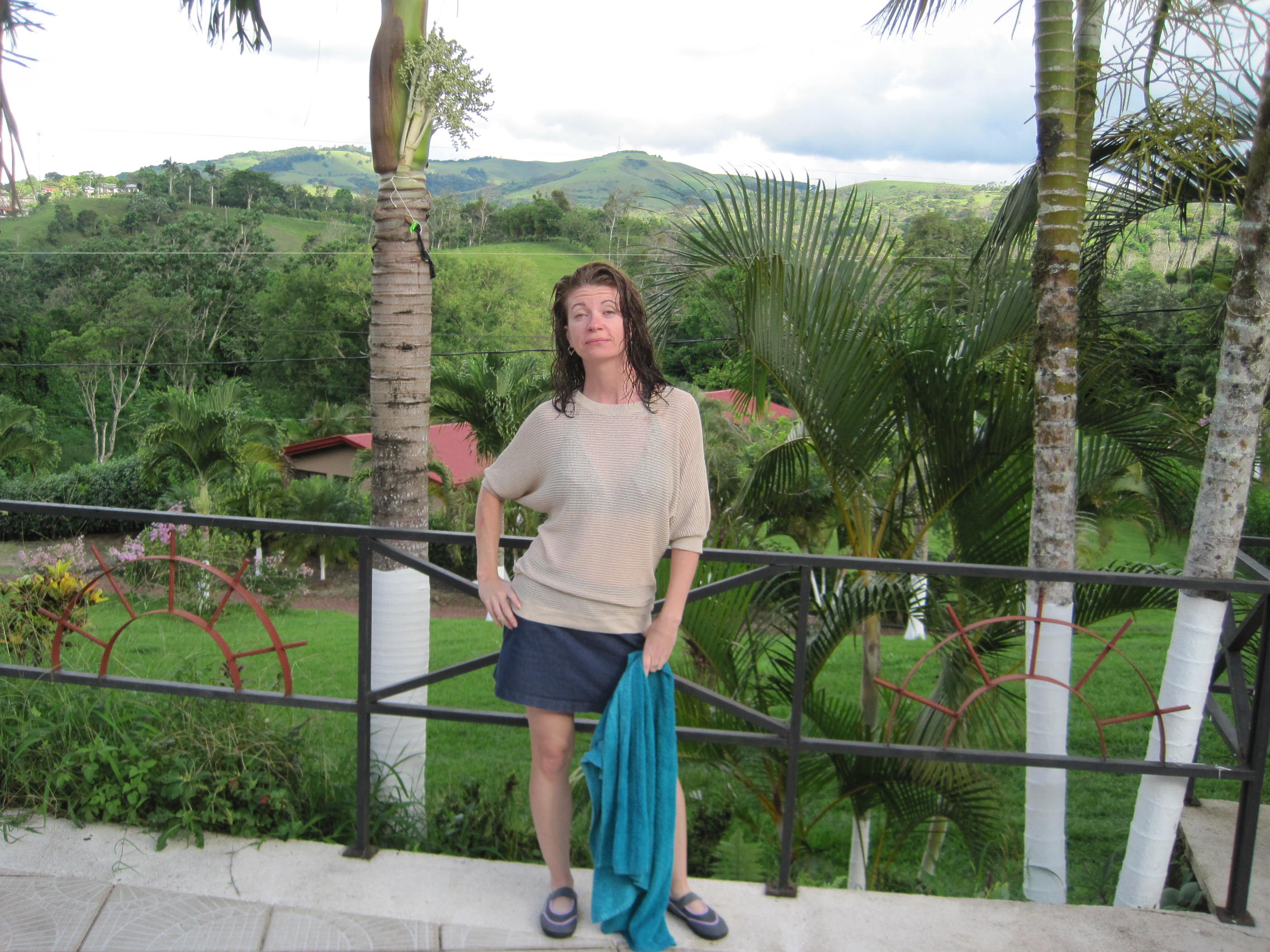 Caution: Getting what you want may cause goofy faces!

Right before this picture was taken, I was swimming in the pool at the Country Club in Puerto San Luis on a particularly warm 90 degree day last June. As I floated on my back gazing up at the azure sky wondering how life could get any better than this, I pondered aloud: “How am I SO lucky?”

“What do you mean?” my friend asked from the other side of the pool.

“Well, here I am. I’m 38 years old. Living in paradise, working when I want, doing what I love and there are so many people out there who aren’t. Why am I so special?”

He swam up beside me, put his arms over the side of the pool and rested his chin on his arms to contemplate the question I had just asked and the amazing view you see behind me in the picture.

“Not everyone wants what you want,” he said flatly as if living in “paradise” was the last thing on his mind.

He’s a local. His family owns the only restaurant in our small town. We are here on his ONE day off so I wouldn’t have to go into the lake with the “alligators”. I’m not the kind of person to buy into rumor and hearsay and no one has ever actually SEEN the gators – at least not anyone we know – or anyone who lived to tell about it. Still, I’m not testing this theory. It’s been a trying two weeks getting settled in my new rain forest home but again, I’ll tell you all about that soon enough.

For me, life is great in the happiest country in the world. I highly recommend it. Of course, as with all things in life, it’s all about perspective.

I suppose when you live here your whole life, it’s just the same as living anywhere. You’re either living the life of your dreams, or you’re not.
Anyway, it made me think.

I hope you are “lucky” enough to be living the life you want.