This is the story of a dead lady who isn’t really dead. She lives in murky lakes and large bodies of water where you and the children might have occasion to swim on a sunny fun-filled weekend respite. Her flesh is fetid, not hanging but hovering about as if only by coincidence in near proximity to the bone. Her clothes are raggedy and torn from getting caught in the underbrush and dragged along on the current. You see she has no real direction of her own. She can only follow the tides. Or ride the wake of passing boats. Or grab your leg as you swim by. She drowns quite a lot of people that way.

If you ask her why she would do such a thing, she’ll tell you she never meant to hurt anyone. All she really wants is to get up to the light where people would see that she really isn’t as scary as they think. It really upsets her to be scary and to be not really dead. But she likes being in the dark because she’s used to it and for the most part she finds joy in the little things.

She prides herself on making treasure out of the trash live people leave behind. She imagines herself better than those who can’t see the beauty of the dark places and who obviously don’t value the things they lose on their travels to places she can’t fathom. But she does dream. And in her dreams she is one of them—the people living in the real world. Up there.

That dream inspires her, but then she thinks to herself, why rise? It’s so very comfortable and easy down here in the dark. She can see the sun. She can feel its warmth even in the depths and she can hear the people. Always laughing. Always happy. The sun always shining with no effort on her part. Easier to watch others be happy than to try and fail. Besides, she is above all that nonsense called human desire. It is a much more challenging and noble goal than material comfort.

With some regularity she wakes from this nightmare and thinks, “Oh thank goodness. It was only a dream.” Then she rises from the bed and quietly returns to her regularly scheduled life, careful not to wake herself again. Just as if she was on a lovely vacation. Back home. Back to work. Back to sleep as if nothing ever happened. 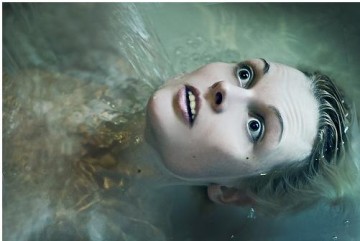