x
by Jessicalle
on August 12, 2013
under Letters from Costacalle, Ranting & Raving
tagged best friends, everything to gain, hole in one, memories, newspaper clippings, nothing to lose, tube surfing
∞ Permalink

A teenage wonder, M made headlines when she surfed the longest tube in the history of her hometown, Australia. Afterwards, when people asked her how she felt, she asked if someone could call for her mom and dad to come pick her up. She remembers worrying they might be a little mad. They had told her not to go out that day but something drew her farther out than she had ever paddled before. She remembers waiting and watching. For a long time. She saw it coming from a long way off but she couldn’t make herself go back to shore. She just kept watching it creep closer and closer until she had no choice but to stand up. She remembers being scared out of her mind. She never planned to do anything like this but she couldn’t stop now. All she could do at that point was hold on until the ride was over. She did. People took pictures. It was printed in the local paper. She saved the clipping in a photo album.

Then again in her mid-thirties, M shot a hole in one during her first golf tournament. No one had ever shot a hole in one on that course, much less that hole. It was a dogleg of a thing with a 90-degree right turnabout a third of the way into the first hazard. I don’t remember exactly what the hole was like. But people took pictures. It was printed in the local paper. She saved the clipping in a photo album. I scanned it into the computer along with the other memories she couldn’t take with her.

I know she told me the details of that hole, but we were so busy scanning and packing and me wondering why the rush. I should have known there was something wrong. But M was always so chipper. 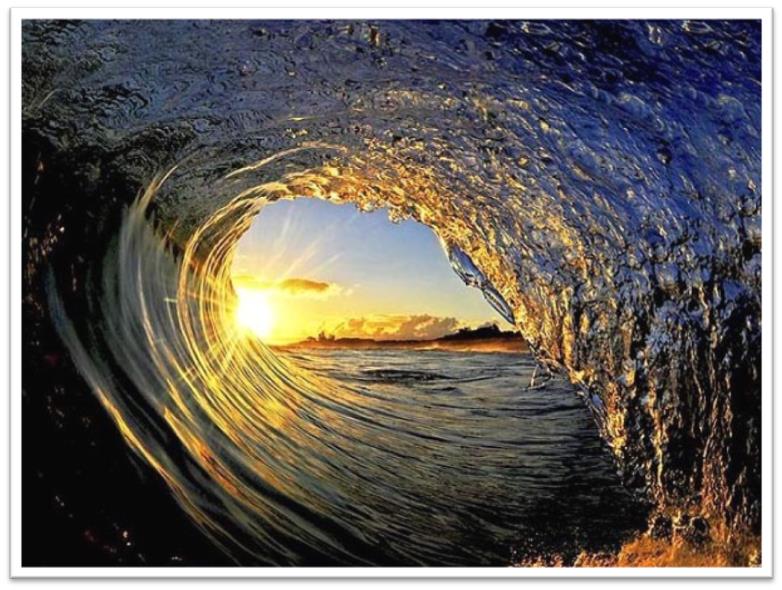 She really was. Even that day the Villegas brothers had frantically called her after breaking through the front door to pick me off the floor and carry me to her truck. She seemed positively cheery as I apologized for bleeding all over her backseat and she apologized for going too fast over the muertos (speed bumps). Sidenote: muertos literally means “the dead”. When we finally arrived at the emergency room she was swift to park right up front so the boys could haul me out again despite directions from official looking people in brightly colored uniforms. What I remember most about that day was the crystal clear understanding that I wasn’t going to die, but wishing to g-d I could—and the screaming.

She was—is a beacon. Just because she’s not mine anymore, doesn’t mean she isn’t still shining out there for someone. Someone who needs her as much as I did—do. I needed her most those first few months when I checked in on her to make sure she was okay after losing her husband. Every day I would go to her house or meet her at the park and we would walk. If nothing else, we would walk. If I didn’t show up or call, she would call me. I did the same for her. There were a few days—weeks—when we both knew we needed a break to just be depressed about our chit in solitude. Instinctively, she would drop by with a little something to eat, but not be able to stay. I would bring over some extra fruit and leave it on her porch after a friendly knock that was never meant to be answered.

Everyone needs their space, even when the last thing you want to be is alone. Having people like M in my life means never having to be alone even though we’re really not. On top of being the most cheerful depressed person I’ve ever met, M could be fantastically, outrageously, over the top funny. The first time she ever blew my mind though was after that first visit to the Clinica (emergency room). They doped me up for the pain, gave me an IV and sent me out the front door in a pair of borrowed shoes. After I walked around window reading for a bit and stopped for a fruit smoothie, M rolled up in her hot pink Mitsubishi. Her gigantic white Labrador was in the back looking concerned about whether not I was going to try and steal his spot again and licking the seat.

Las Enfermeras (the nurses) had given me a scrip for some anti-bioticos. M didn’t know that, but she took me to the nearest farmacia where “Englis Spoken”. She asked me if they had given me something for the pain but I think it was more to find out if I knew what had been going on for the last six hours than her lack of intelligence about Costa Rican hospital protocol. She had seen enough of that the last three years to know. I heard some stories now and then that usually began with “When H was sick”. I don’t remember most of them because I was trying hard not to listen. I don’t know why. If I really think about it, I guess I thought maybe If I didn’t listen too hard or look directly at her when she was talking then I could be supportive without actually reliving my own memories through her pain. Selfish, but necessary.

In a morphine induced bliss bubble, my Spanish flowed freely or at least it seemed like it at the time. I ordered up my meds and hopped back in the truck. I popped out the orange chocolate galletas (cookies) I bought to share on the ride home and discovered something unexpected in my bolsa (bag). Did they give you a shot or pills? M asked right as I was pulling out the first of three needles conveniently included with the three vials of liquid that I now understood was my medicine. A shot. Three shots?! I half muttered to myself and half shouted. What am I supposed to do with these?!

Just before popping a couple cookies into her mouth, M—in a most incredulous tone asked, “What? Have you never given yourself an injection before?” As if she were asking me if I’d ever brushed my own teeth or bathed without aid. I was frightfully embarrassed to admit that no, I had never even considered giving myself my own injection. And in true drugged-up fashion, offered additionally that when I considered trying intravenous drugs the first time, my teenaged boyfriend lovingly offered to do it for me. So I never had to try. That’s the problem with some things. You never learn unless you try.

M never seemed to tire of trying, right up until the day she left. She kept herself busy starting a local farmer’s market “for the community” meaning she wouldn’t accept any money for hours, weeks and even months of work. She sold delicious home-made food there instead. She used most of that money to buy groceries, although most of it went right back into the stuff she cooked because she never charged enough and was always giving things away just to see people smile.

There was no more income with H gone. She knew she had three months to find a new source or… what? She couldn’t even imagine the possibilities. Leaving the life she and H had made here? Well, there wasn’t much of that left anyway. Leaving all her friends, her home, all the exotic things she had collected on her journeys around the world with H. Cherished memories which were all she had left now. Leaving the last trusted friend she had. The companion who had seen her through H’s illness and who had hardly left her side since the last night she came home from the hospital alone and never went back. It was unthinkable. She rented the casita at the back of her house to J, who needed a place to stay while her own dreams came to fruition. The rent money paid the bills, but not the mortgage. She cut back on good wine. She cut out every luxury she could think of except television. It was the only thing to do to relax after a hard day’s labor. She even cut her own trees and grass at the expense of her reputation with the small town men. Not that she cared what they thought.

H had always said she was the strong one. That’s why he married her. I’d never met a woman who worked as hard as she did inside and out. She was always reminding me, “I’m MUCH older than you, dear.” But she could still kick my butt around the block and back carrying a wet load of towels. She was effervescent even when she tried so hard it knocked her on her on her own ass each night. She tried as hard as anyone could to survive on her own in the pueblo the three of us girls called home that year. We all did. In our own separate ways. J had her own history too. And me mine. We supported each other as best we could while doing everything we could simply to survive in a new country ourselves. In the end, she cooked and baked and kneaded and whisked for days to make it but ended up giving most of it away for free. It was—it is—her thing. Cooking. Especially for others. When she left, it was on a happy note. A note that included adopting her best friend to our mutual friend, J. She had a dog too and a new property to protect. It was a note that left things open for her return, especially our hearts.