x
by Jessicalle
on August 7, 2013
under Letters from Costacalle, Ranting & Raving
tagged a good man is like a good closet, best friends, closet space, hooks and nooks, over the door hangy-thingy, real life in costa rica
∞ Permalink

Ask any woman about her relationship with closets and she’ll most likely say the same. A good closet is like a good man—strong enough to support even your heaviest winter coats; spacious enough to accommodate a seasonal wardrobe and functional enough to facilitate the storage of multiple accessories. The strong supportive metaphor is pretty obvious. Spacious and functional can be translated into easy going and open minded. If your man can’t hang with (or doesn’t have room for) all the many facets of you and your belts, hats, scarves and gloves–not to mention moods–then you may need to look for someone with a more diversified portfolio of hooks and nooks. A book can’t be judged by its cover, but a woman can definitely be judged by the contents of her closet. More on this later. As you might have guessed by now, being this opinionated about closets has left me disenchanted numerous times and not just because the carpenter didn’t show up when he said he would. I’m more jealous that my ex’s new GF is using my space in the closet we had built than sleeping on my side of the bed.

I seriously considered staying when it was finally finished. It was so perfect. Two simple, sturdy rods. One up, one down with adequate vertical space left for long things like gowns and coveralls. A large cubby for motorcycle helmet, jacket and boots (gloves are always stored IN the pockets of the jacket). A shoe rack, a hook for my belts and hats and a couple cozy baskets tucked away in neatly stacked shelves for my scarves and other gloves and voila. Marriage saved. If only.

So, when the carpenter says he’s coming, I get very excited after a year of living without a place to hang my clothes. I have to admit I’m a little desperate. I’m an organized person so I’ve had to find inventive work-arounds. I have a rolling thing with a single rod. That was miracle gift from a moving friend that I go ahead and roll right outside into the sun when things start to mildew. I made good use of the spare water spigots next to the washing machine in the laundry room by hanging strappy dresses and my favorite hoodie. I’ve cleared the bottom shelf in there for hangers holding off-season clothing balanced precariously over the lip of the edge with nothing to hold them in place. It’s how I feel sometimes without my closet space. A place for everything and everything in its place as they say.

When another one of my girlfriends moved away recently, she gave me an over the door hangy-thingy with six holes. Now my one rain slicker, windbreaker, jacket, cardigan, sweater and sweatshirt have a place to hang out. Behind the door. Very nice. I like being organized even better when the thing that organizes things is out of sight. Unfortunately, she is out of sight too now. I miss her and I would definitely trade all my hangy-thingies to have her back. 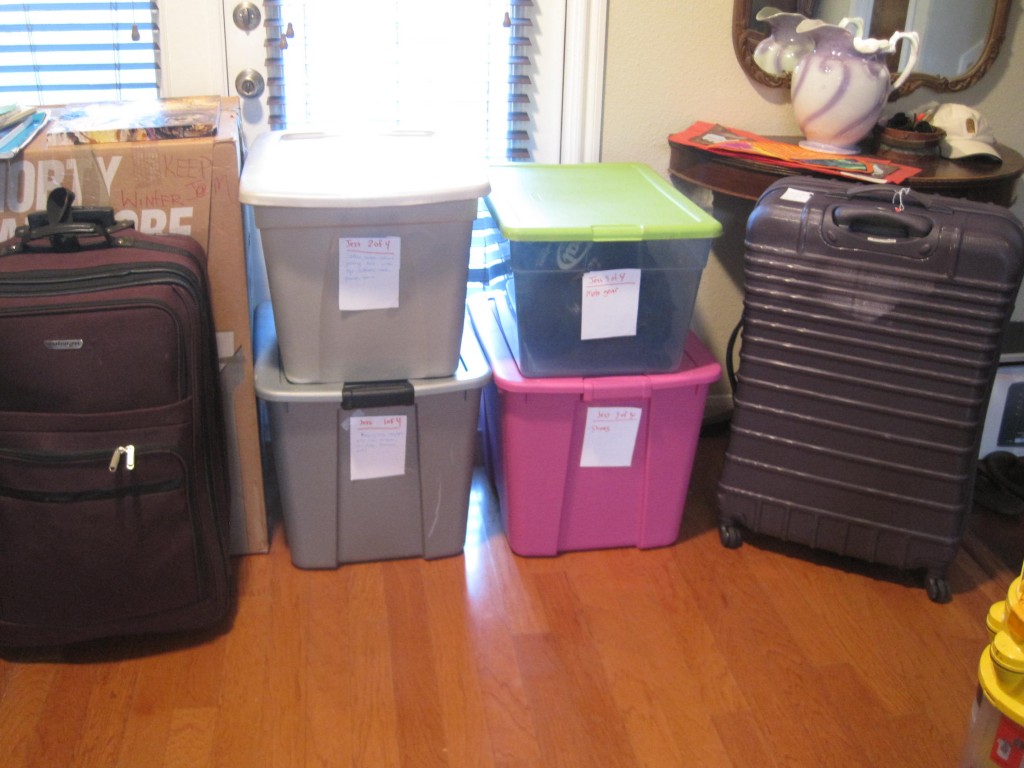 You were all I need

I met M the first couple weeks I was here. I noticed her right away because she is blonde. I was definitely looking for some white-people companionship those first months. I prided myself on the fact that I didn’t hang out with white people simply because they were white. But I also had little choice. I had a few new friends made based on the meager Spanish I could choke out. The neighbors were kind and patient, especially when I brought banana bread or some of my extra fruit.

There were the Villegas brothers, who had just opened up a soda (fast-food joint) with mom and a young, pregnant wife in tow. They both spoke English fluently, if not handsomely. One of the brothers taught himself by listening to Beatles records and reading philosophy. We had plenty to talk about over coffee every day. Still I found myself looking for faces more like mine and when I saw them, I gravitated. It was an involuntary action. I introduced myself to people I would have avoided making eye contact with in my hometown.

The brothers were trying desperately and early to escape the rat-race of the big city in San Jose. It could be said, a bit prematurely. My friend was trying to survive after losing her life-companion and husband. I think it had been maybe a year since he passed, after a long-enough illness that her house had been trashed by the guy who was supposed to be taking care of it. We had some things in common.

I remembered how I felt one year after. How raw it still was and how hard it was some days just to get out of bed. Why? He’s not here so why bother, I would think as I lay there knowing that I really should get up. That it would only make me feel worse to “waste” a whole day in bed grieving. Again. How I still felt that way sometimes, even after five years. I made it a point to see her again. To seek her out and see if she could use a friend. I sure could.