As we enter the rainy season and the mango tree begins throwing its fruit, I’m reminded of how it was last year when I arrived as green on the outside and squishy on the inside as Mango #4. Sadly, that brave little soldier met his demise this morning when he fell directly on the stone path. Thankfully, it was a quick and painless death. The tree is just way too high to reach even with the tall ladder that is never here because it’s perpetually on loan to the gardener or the long hook on a stick we invented last year to collect avocados. By the way, you can’t WAIT to hear about the avocados!

I, sin embargo (however) am forced to wait. I wait for the big bang that last year in my innocence I mistook for mortar shells on the roof. Only now, instead of flinching and reaching for the knife on my tool belt, I instinctively call out: “Don’t worry, Mango! I’m coming! Hold on!” And since I’m no longer barricaded in the house by two locked doors leading to the backyard, my record response times are shorter every day.

Somehow, I manage to forget all this in the night and in the morning it comes as a complete surprise to me that one has fallen and has been there waiting arm-and-leglessly in enemy territory all night long. It’s safe until the sun rises. Mango #1 was lucky to survive until 7 a.m.—a full two hours after dawn by nimbly rolling itself under a garden chair for protection. Smartest mango I ever met. Appropriately juicy too, for the first of the season. Not a single bird peck or worm hole apparent on its rosy cheeks. Still, I put it in the fridge for a 24-hour de-worming session. They crawl out when they get cold.

I noticed this only after eating g-d knows how many worms I gratefully misidentified as stringy bits of deliciousness to be flossed out later. Luckily, my lessons on that potentially hazardous gastrointestinal front were two-fold and virtually inconsequential. One: Always cut the mangos. And two: The faster you get to them, the less likely they are to have been infiltrated.

Mango #2 seemed perfectly solid from the outside, but when I used it as a demo-model to show a Tico friend how to filet a mango for maximum meat consumption, it revealed a blackened-wormy interior not even a night in the worm-catcher I created out of a Tupperware missing its lid could fix. His life was not in vain though. Everything has a use here. Even the bad mangos get fed to the horses next door along with all the organic waste generated daily. At first, everything that had ever even touched something that could potentially qualify as ant food was dispensed to a plastic bag in the freezer. Now, I have another Tupperware that doubles as a holding tank for cascaras (skins or shells) and alguna veces (sometimes) yummy bits for the caballos (horses).

In the night another brethren fell to his fate in Mango #3 as I slept and having forgotten again the pre-sweep morning search he was pecked by at least one bird and bitten by an ardilla (squirrel). I spotted him outside the kitchen window as I was preparing my morning coffee. And yes, Costa Rican coffee is as good as you’ve heard. De repente (all of the sudden), I shouted: “MAN DOWN!” And dropped everything to rush to his rescue. Both doors were locked! I fumbled miserably with the keys in both locks as the guilt crept in. I had let my man-go down. A-gain.

Miraculously, #3 appeared as robust and healthy as any unmolested fruit despite the gashes on one side. Maybe, I thought, it was not too late. I rolled him over gently in one hand and let the other pass over the still firm, smooth skin of the rest of the fruit. I searched for signs of internal bruising as any of the most tender of the triage nurses at Pearl Harbor would have done—at least according to that movie–and imagined giving him a lipstick mark of approval for treatment. Or was it the other way around? In any case, this one was not lost. Not yet.

It’s a sentimental journey, the mango season. It marks the beginning of a brave adventure—my introduction to the wonders of a new rainforest home. It marks a year of survival in a foreign land where food grows on trees while people still forage for sustenance in their local grocery, and find it lacking. It marks a moment in time when faced with the prospect of living alone in what I thought to be a jungle as wild and truly frightening as the Howler monkey’s growl—I chose not to fear the unknown.

And every day I step outside to retrieve the fallen mango just like I did that very first day after what was probably the most frightening night of my life—which of course, I will tell you about soon enough—I am reminded that stepping outside my comfort zone is a choice that is ALWAYS instantly rewarded with manna from the heavens above. In this case, the ohh so juicy and tender flesh of the newly-ripened mango. It’s no wonder they call their national fruit the “king of fruits” in India. And it’s no wonder I wrote this one line in my journal to remind me that when it was time, I would tell you this story.

“The last of the mangos fell today…” 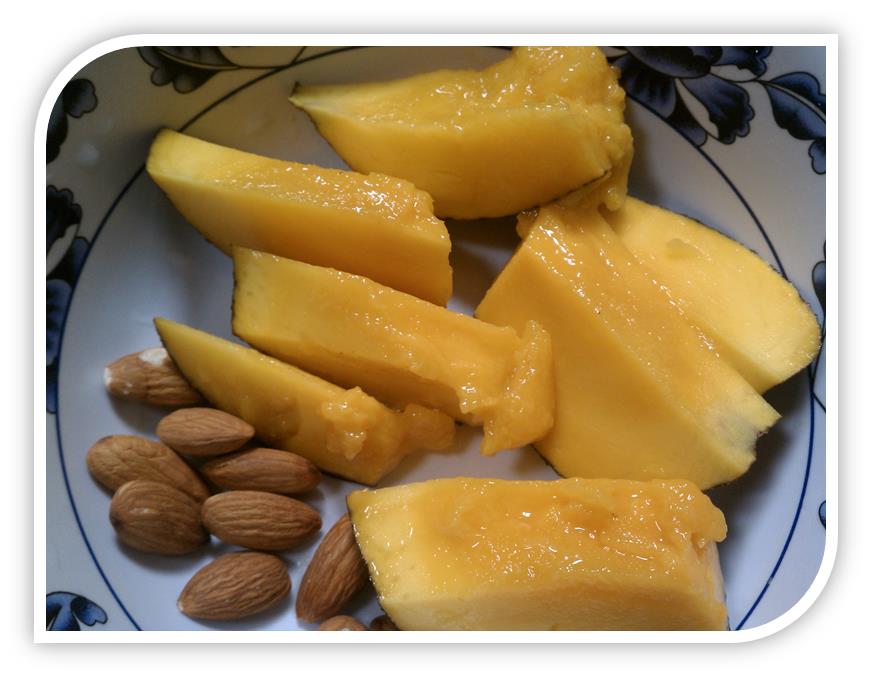