x
by Jessicalle
on May 12, 2014
under Letters from Costacalle, Ranting & Raving
tagged and the cotton is high, assimilation, broom chicka broom broom, fish are jumpin', life on earth, living in paradise, summertime, Swisher sweeper, the livin' is easy
∞ Permalink

It occurred to me after my last post about living in paradise that some of you might be thinking, “Sure, great for her. Tough life living in Costa Rica!” And believe that for your selves living the life of your dreams might be impossible with the daily onslaught of kids, alarms, jobs, traffic, high prices in the grocery store not to mention the gadgets, do-dads and other sundries we MUST have in order to make our lives “easier” in the “real” world. So, I want to tell you a story about a broom.

When I moved into this house, there were two brooms—one red, one green. The red one is sturdy and coarse and about one-inch too wide to fit between the spaces where dust and gecko poop collects daily. The first thing I learned about living here happily is that every morning you gotta rise up singin’ like a Gershwin “Summertime” and start sweeping. It’s a sure sign you’ve assimilated when you join the ranks of Costa Rican women up just a nudge before dawn to sweep and begin hacer lista para el desayuno (to make ready for breakfast). Gringas who sleep in after 6 a.m. are considered perezosas las perezas (lazy sloths). While I’m fairly certain the reason the women on my street sweep their homes every morning is not because they’re practicing yoga postures that put them in close proximity to their (sometimes dirt) floors, we have this one very elemental thing in common. Our brooms put us at ease with each other.

The other broom is softer, smaller and green. From the beginning it was clearly the better broom for light dust on ceramic tile, but the plastic threads were stripped and every other minute or so it began to spin off the stick. Still, I used it because it was the more efficient of the two and began to keep my eyes open for a replacement head. Six months later I found one but I didn’t buy it right away. Two things gave me pause: First, would buying a new head solve the problem or was it the groove and not the thread? Second, now that I had the option of buying the thing I had searched for so long, it ceased to be a “need”. The head was not excessively expensive as common household items can be in Costa Rica so it wasn’t a matter of money. I had somehow gotten used to making the best of the swively green broom. It did have its advantages. For instance, in between chair legs it was just loose enough to turn a bit and reach around corners where spider webs and those tiny, eighth-inch dust bunnies get born. What ARE those things anyway? Seems like their only purpose in life is to make it to the ceiling, stick their tongues out, hang on and die.

That broom is a great example of how our world really works when we let it. Instead of rushing out and buying a thing to replace a thing that isn’t really broken; creating more waste and spending more time in traffic or in a store where I will inevitably buy more things and spend more money – I did nothing. My doing nothing allowed for something that might otherwise be seen as a nuisance to become a very neat and tidy solution to a common problem that I no longer have to worry about solving. Short and simple: Geckos eat mosquitos, but their droppings attract ants. And everyone knows the last thing you want in CR is an ant problem. Did I mention that I live in the barrio called “Zancudero“? It translates locally as “mosquito town”. Not to mention, sweeping is a really great exercise if you do it correctly Eg. Always twist from the waist, not the knees. It’s a great cardio jump start and really gets the body moving in beneficial ways from the top down. There’s a reason why my neighbors are all still climbing their 15-stair drives with firewood in one arm and the groceries in the other at an age I can only guess because no one looks as old as they are here.

The thing about the green broom is that sh&% happens and when it does, we sweep it up the best way we know how. Every damn day. The hard truth is this life is definitely NOT for everyone. I live alone in a third world country in a small, rural pueblo where I am not only the minority, I am the only sola gringa (single white female). I have gone for days without speaking my own language even once and weeks with very little opportunity except by phone. There is one grocery store and one general store for otras cosas (other things) like pens or candles. And while I have been lucky enough to have found la alegria del eterno (the joy of the eternal) I’ll be damned if I can find whole wheat flour or real cream of wheat – not the instant kind. I will also be the first one to tell you that sometimes going to bed every night knowing that the one thing I’m absolutely guaranteed right now is that I’m going to wake up and sweep the floor every day until the day I die has the potential to make a person feel really, really depressed about living—even in paradise. And that makes me the lucky one! The fact is that no matter where we are we have the opportunity to create a heaven on earth or continue to live in the hell that modern western society created for us in a very successful attempt to make us all into fearful, zombie consumers. But that’s another story.

For now, I’m grateful I have TWO brooms.

I hope tomorrow brings you closer to YOUR paradise and that:

One of these mornings
You rise up singing
spread your wings
And take to the sky. 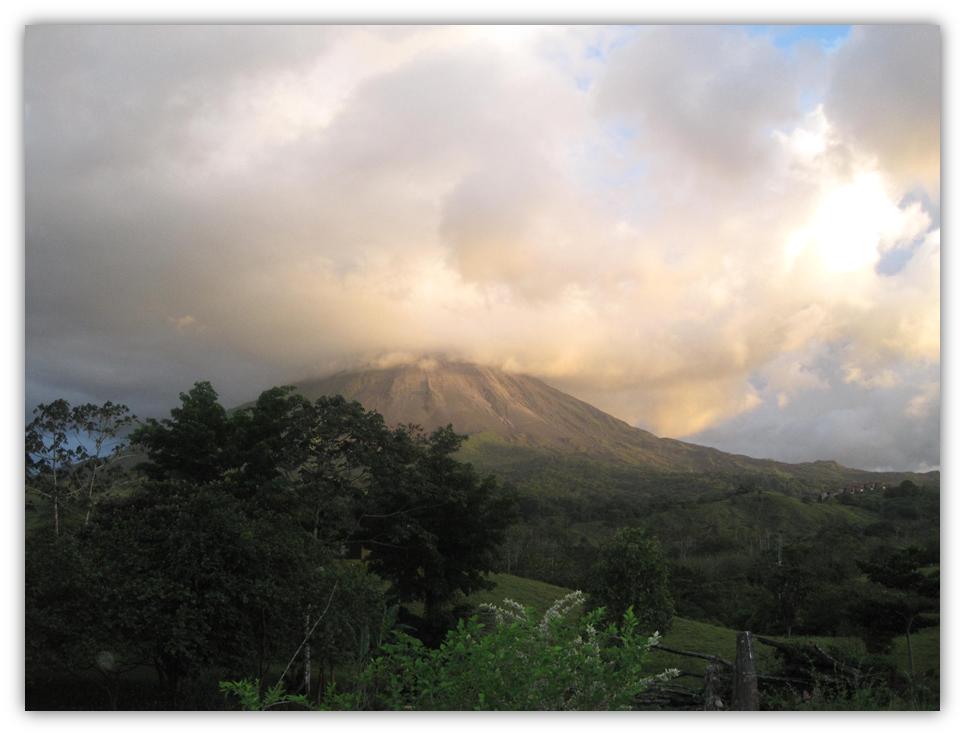 No matter the season, make it summer in your soul.